When the tech bubble burst in 2001, Scott Carson saw an opportunity. With an industry devalued and thousands of tech professionals jobless, Scott sought to reinvigorate enterprise technology consulting. The premise was simple: make technology affordable, and easy to use. The means to solving the formula involved a creative mix of both art and science: two opposite ends of a spectrum connected by the power of the internet.

Within 1 month of creating Storm Applied Information Technologies, the demand for integrated systems - fuelled by a tremendous collaborative energy between Storm and its clients - prompted a re-brand. Storm Applied Technologies passionately finds creative ways of making clients more efficient, productive, and ultimately profitable. At the same time, we refuse to deviate from our core values of innovation, professionalism, and respect, in a fresh, youthful environment. If we can't find you a service that utilizes existing systems, we'll build a new one, to make you more money. A relationship with Storm is an investment in your profits.

With humble beginnings as a one-man proprietorship, Storm Applied Technologies has now evolved to a full service enterprise consulting firm with a full stack team with skills in architecture, design, development, project management, and support. In addition, we empower youth to plant their roots and discover their individual potential.

Scott holds a degree in Computer Science, with additional studies in visual arts. During his studies, he was featured in the article, "The fine art of science and multimedia", and his paper on cross-platform networks resides in the University of Regina Department of Computer Science as an example of outstanding work.

Scott's life passion is martial arts, to which he is the head instructor of Shaolin Dragon Kenpo School. Further to his athletic lifestyle, he is a national certified tennis instructor as well as dragon boat coach. In addition, he is a certified teacher of English to speakers of other languages.

Scott looks with optimism towards the future, and with good reason. Scott has motivated crowds young and old across the province. He has been featured in numerous newspaper, magazine, radio, and TV reports, and he is now an active MC, performer, and motivator.

With a firm belief in empowering youth, the Storm team sponsored "Communicating Community", a city-wide contest to reward youth for contributing to their community. In addition, their free community festival "Storming the Island", attained such popularity that it garnered interest to bring it back as a full Leadership Summit.

On the occasion that Scott manages to attain free time, he can be found dancing with the love of his life, Malia, auditioning for reality TV shows (just missing out on "The MuchMusic VJ Search" and ABC's "The Bachelor") or customizing his Trans Am (from a childhood fixation with Knight Rider). He firmly holds on to the crazy dream that he'll get one week of free time to show his new daughter & son his favourite fishing hole at Narrow Hills Provincial Park in northern Saskatchewan. 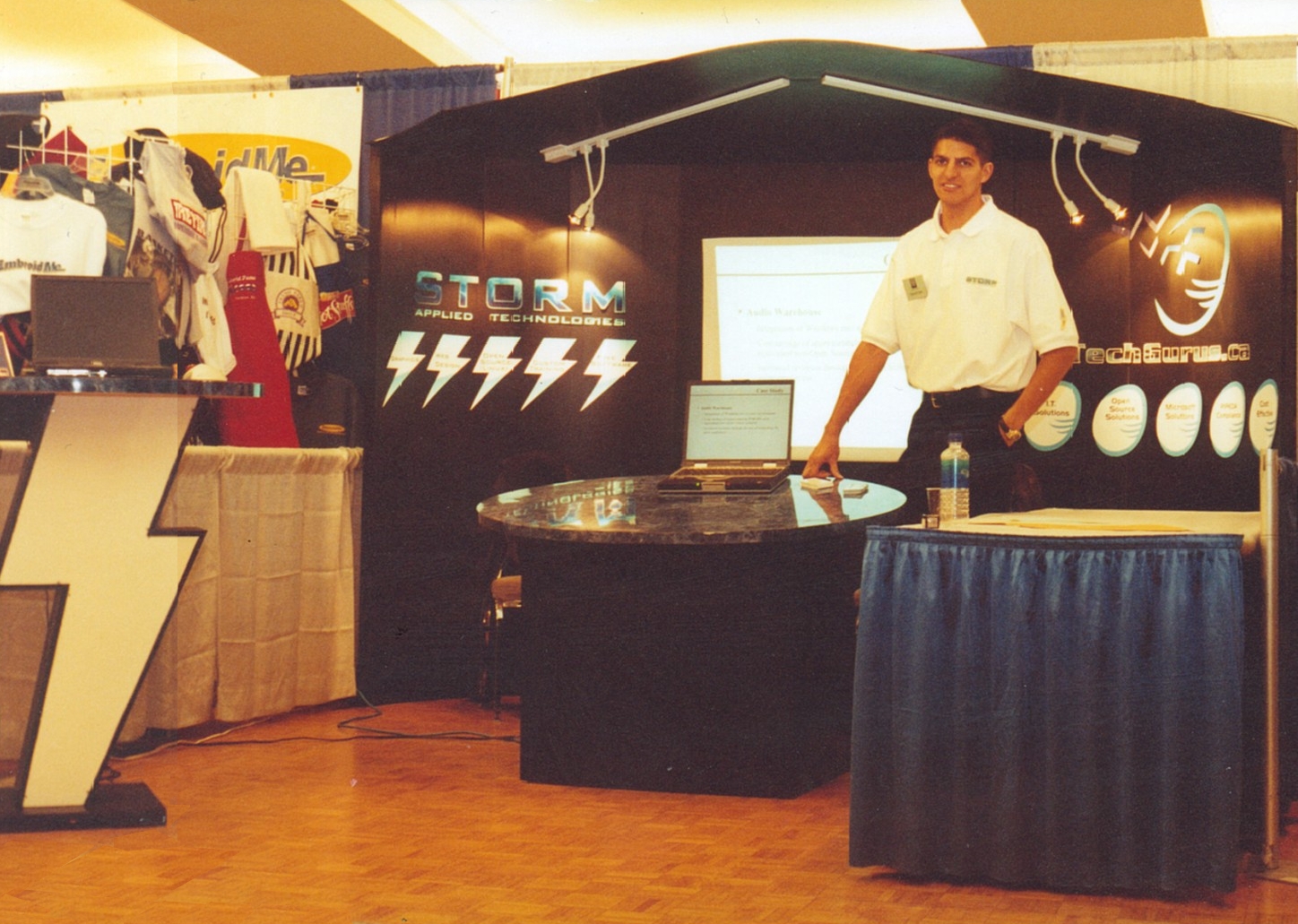 Scott Carson establishes Storm Applied Information Technologies in April. By May, business had diversified and strengthened so much that the name was changed to Storm Applied Technologies
Above: Scott at the Regina Chamber of Commerce B2B trade show 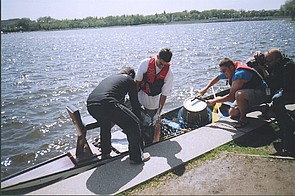 Big companies have big icons. Storm purchases a dragon boat for the community to enjoy Regina's jewel of the prairies, Wasana Lake.
Above: Past Mayor Fiacco christens "Storm-1" 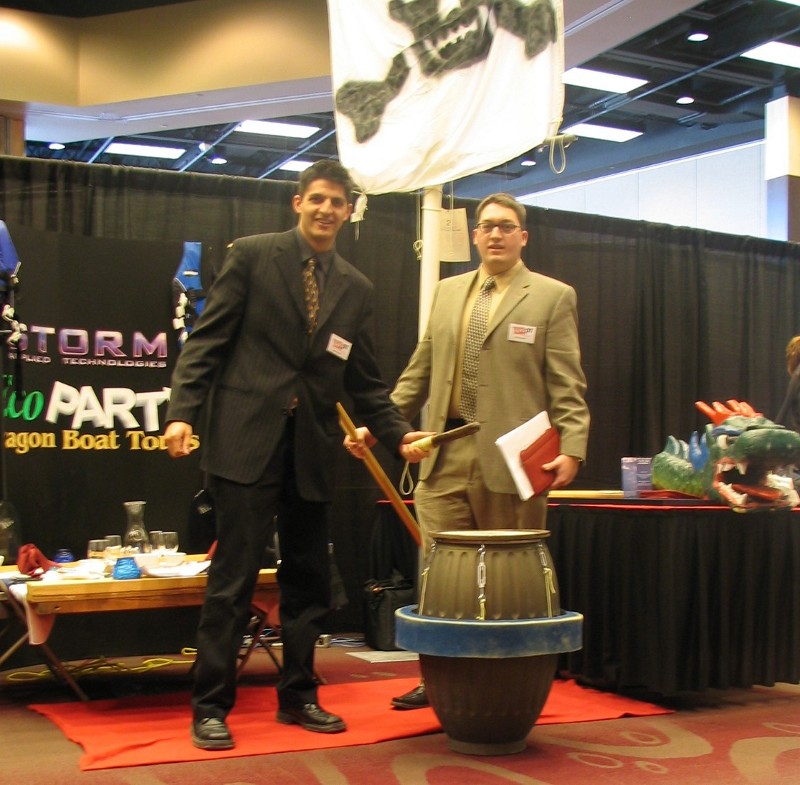 In a career-defining moment, the Storm team is asked to address the province at the Sask. Youth Summit. The topic, "Making it Happen", impressed delegates and dignitaries and sparked a breakout for Storm
Above: A quick pose before the speech 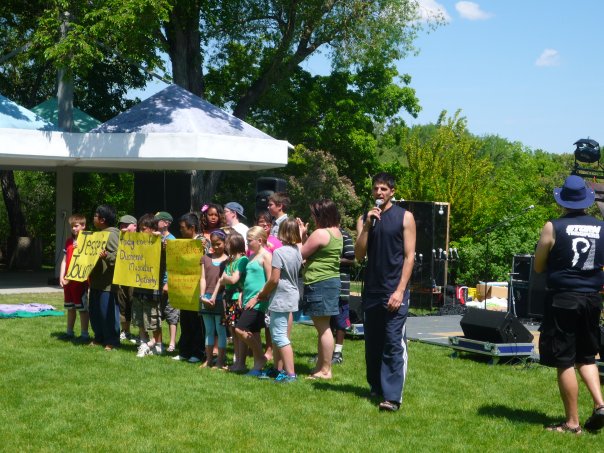 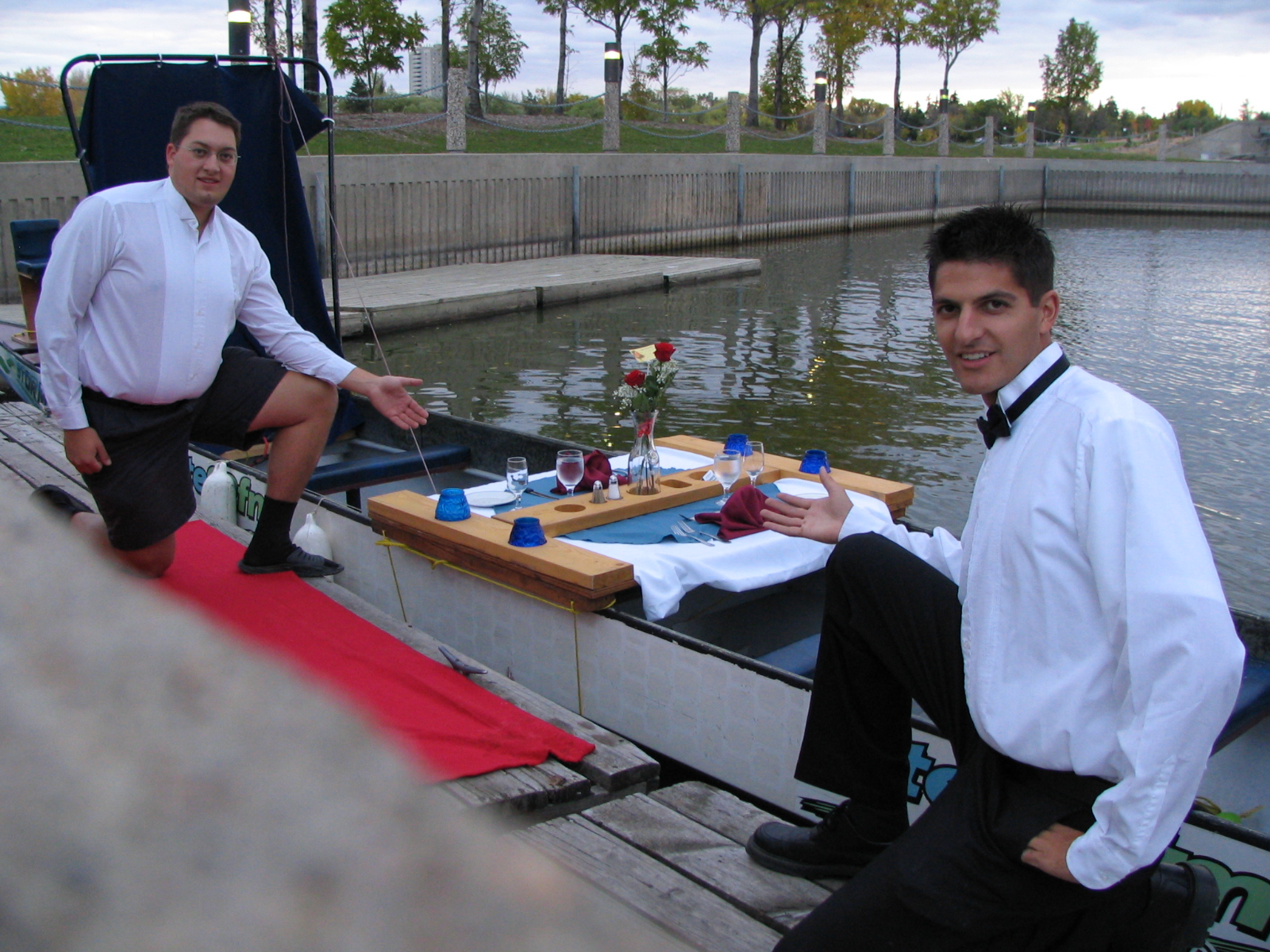 With the dragon boat being an instant hit, the citizens of Regina asked to use it for special events. Storm conceives theme-based tours, and Eco-PARTY! Adventures was born.
Above: Welcome to "The Loveboat" 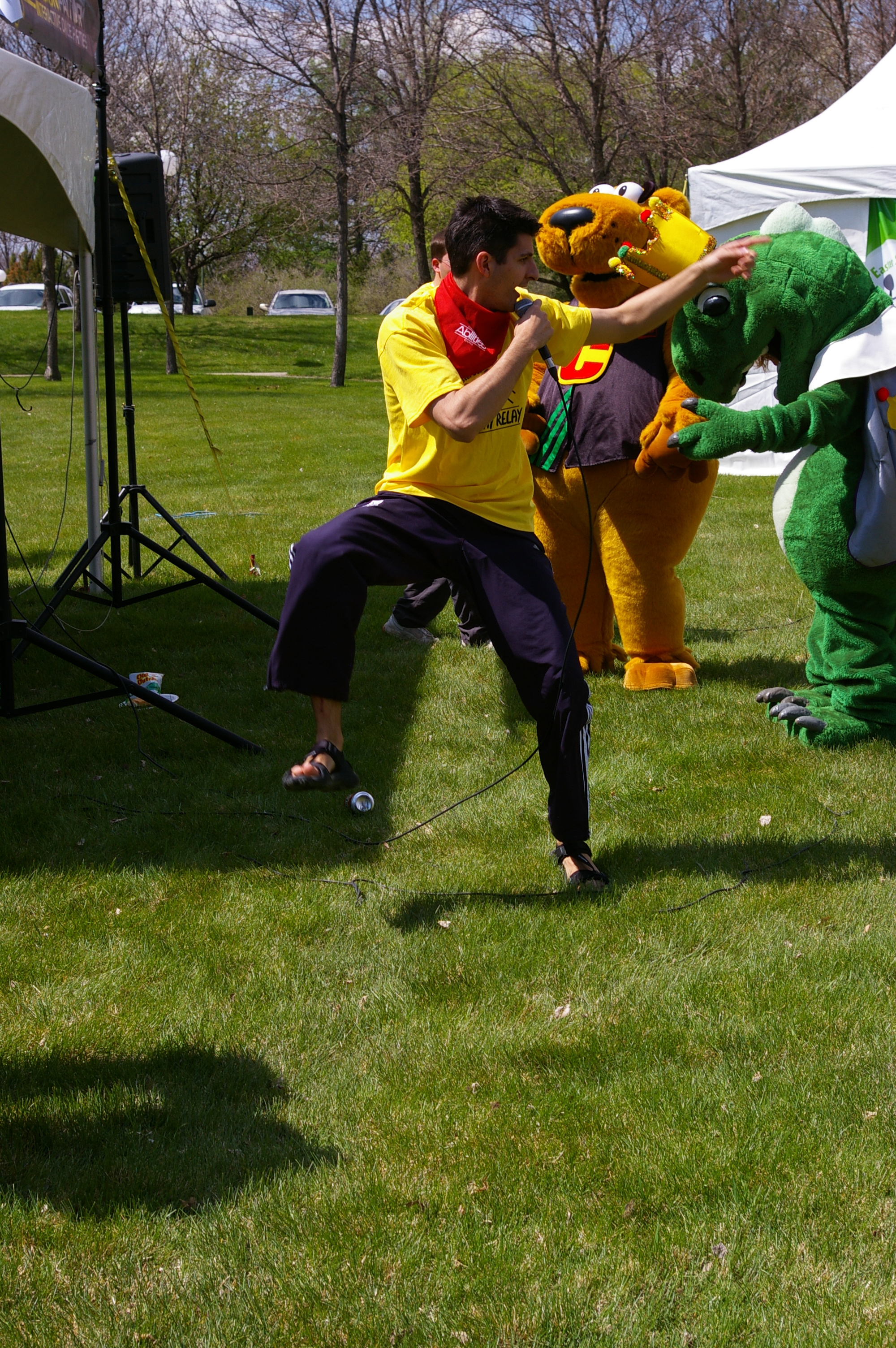 As proven community leaders, Storm become a fixture in the community.
Above: A crowd warm up at Easter Seals Camp Day Relay 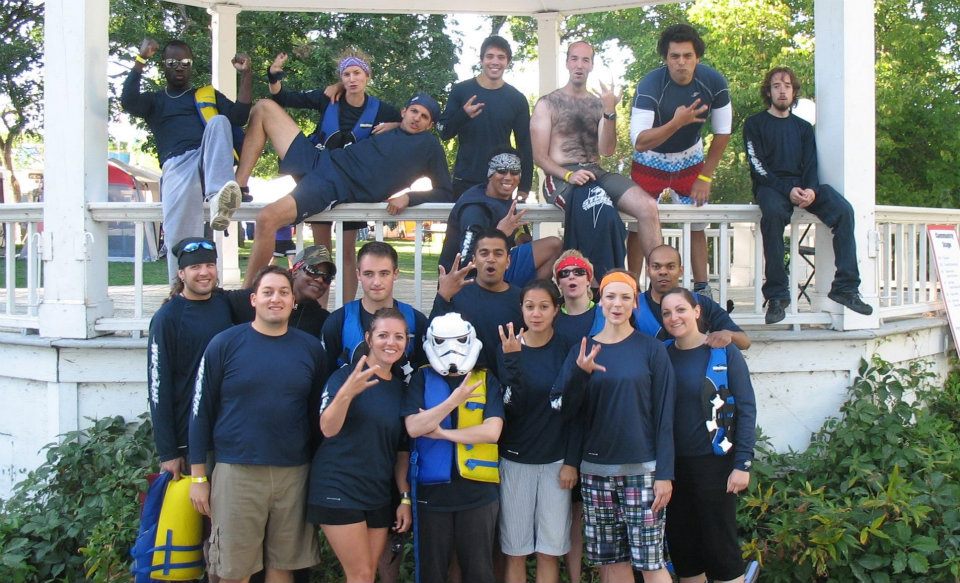 Storm gains its first international client - Valentine's Dive Center in the Bahamas. In time, we expand to work with clients & associates across the globe, from California to Tirana. 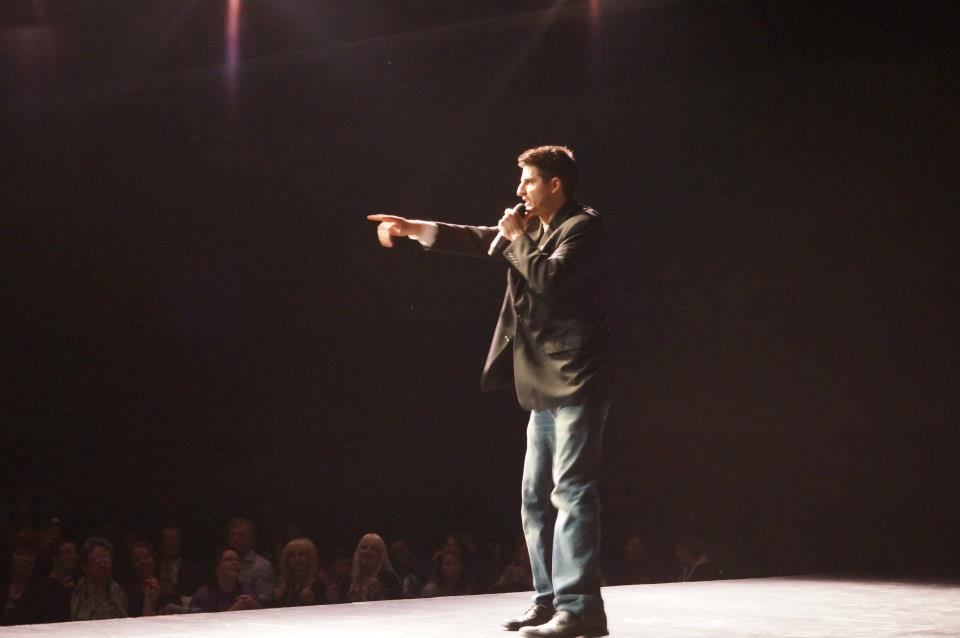 With experience under his belt, Scott joins numerous executive boards.
Above: Scott MC's the gala performance of All Nations Healin' Thru Arts 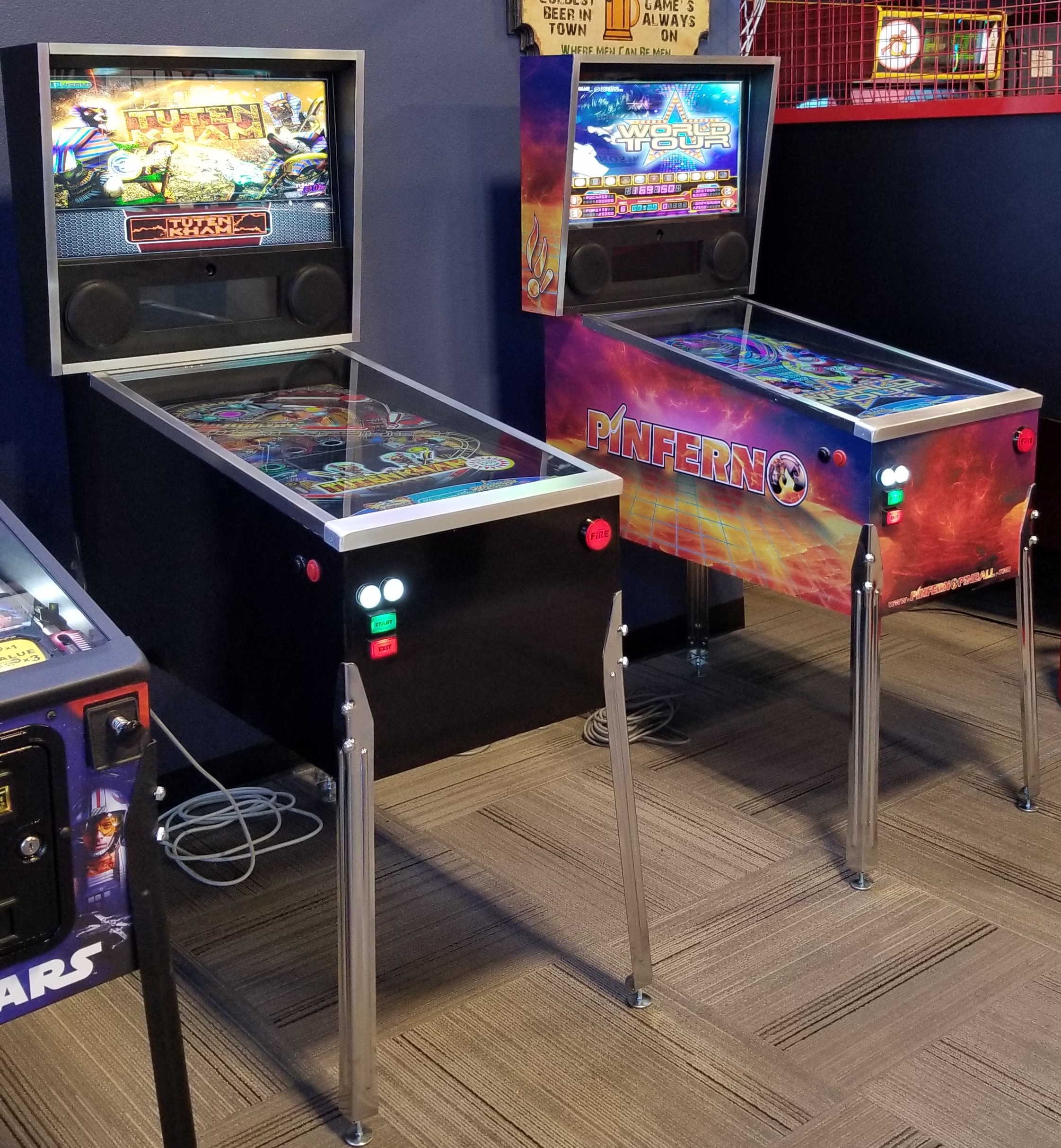 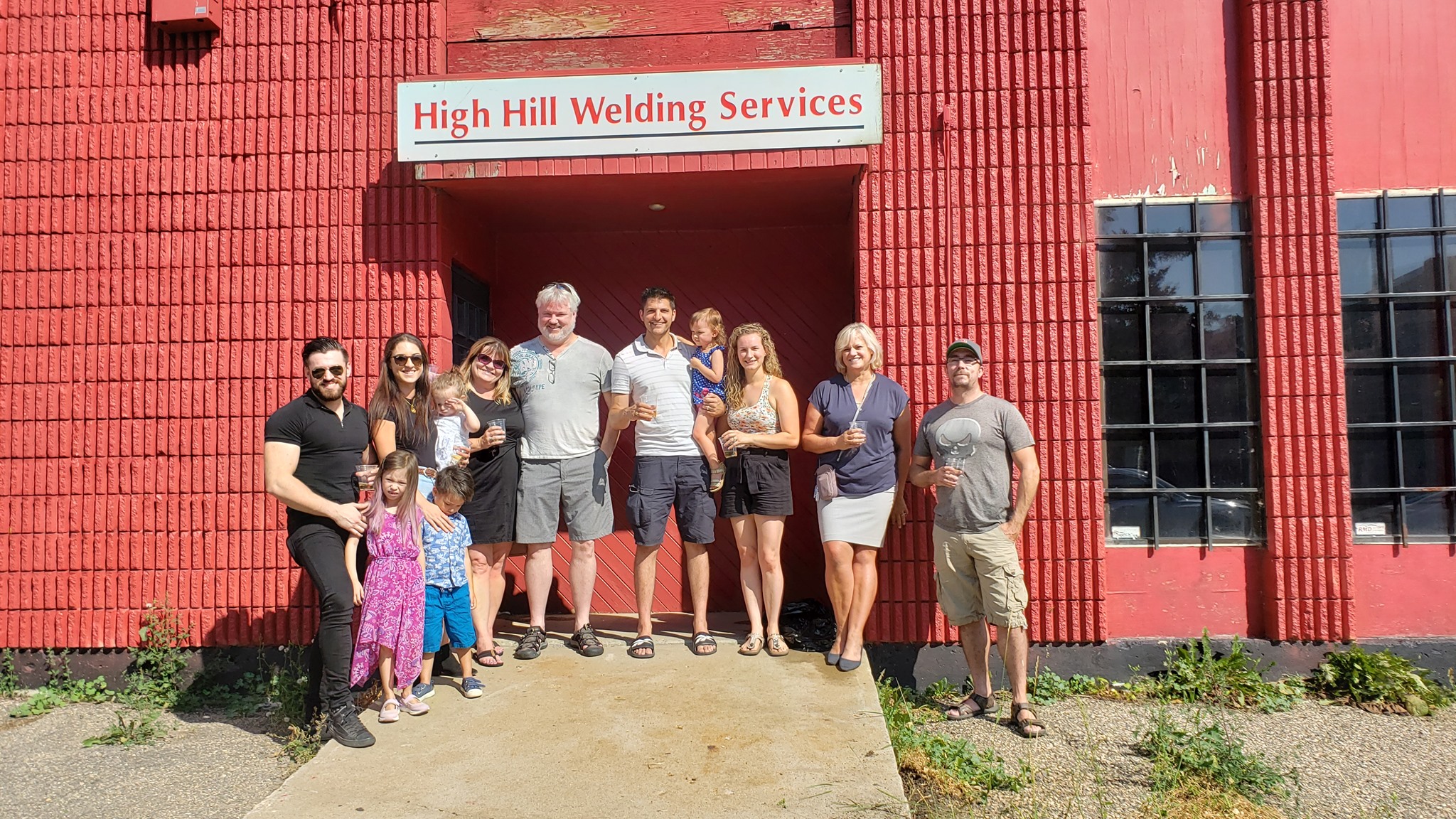 After a 4 year search, Storm has a new home (complete with bomb-proof server vault, of course!). The renovations begin ......
Above: Scott leads the investment team